In part one we spoke briefly about two areas of training that most athletes neglect – following a structured programme that covered all the bases needed to become more efficient and the lack of awareness in what our bodies are telling us while training.

This “Use of Self” has been, and remains, a point of concern for coaches who are “switched on” or “enlightened”. While this concept has been around for longer (and will continue into infinity) than any other, it’s understanding and true significance is completely misinterpreted by athletes and indeed by many coaches alike. You see the primary aspect of this concept is the “unity of mind and body in every act we perform”. Sir Charles Sherrington won the Nobel prize in 1932 in physiology and medicine. His take on this concept was as follows and can be applied to our health and well being.

“Each waking day is a stage dominated for good or ill, in comedy, farce or tragedy, by a dramatis persona – the self. And so it will be until the final curtain drops . The self is a unity.”

People have the misguided ides that “being in shape” is about their weight, how long they can run, cycle or swim for or the amount of weight they use for whatever exercise they are doing in the gym. WRONG. Remember, we said life affects our efficiency in part one. The exercise we do is mostly undone by our lifestyle and no amount of overpowering a bad habit by immediate and direct means works. FACT. So where to from here?

Our bodies are continually affected by stimuli. Most of the time we as athletes, are unaware of them and so we don’t react as we should. In most other cases, however, we have learnt to respond in a standard manner. For example, reacting to the change in colour at the robot – red; stop, orange; slow down (maybe not on South African roads though), green; go. In the exercise world, inhibition means recognizing the poor use and habitual reactions and to consciously try and prevent them. A classic example is an athlete going for a time at an event. During the event they sometimes respond too quickly to a situation and bang the wheels fall off. Inevitably they think its training and in some cases the training programme or coaches fault.

Inhibition is a matter of taking advantage to the space between the stimulus we are presented with and our standard response. Unlearning standard responses takes time but doing so opens up all kinds of possibilities. Yes inhibition is a skill but we need it to prolong our exercise life. Had the athlete in the example above paused, thought about the stimulus and responded accordingly, i.e. with their brain, they may well have achieved the time or even better surpassed it!

Yes just reading the heading implies you doing nothing. Well to a very miniscule degree you are right but it’s no where near what you are thinking. To explain this concept to you lets first look at what is “doing”. Doing is the use of muscles in such a way that requires more effort than that which is needed to do the task. This too can mean that there is a muscular inefficiency or that there are muscles doing the work of others in our bodies. Non-doing is the using of muscles at their maximum length at all times. We are trained to think of the effort required by our bodies to do a task. Flip that on its head for a second. How about considering how much release you can employ to reduce the overall tension in the muscles i.e. using your whole body not a part of it!

Okay so lets explain this a little more because I can see the smoke signals coming out. Non-doing is the skill to move without strain, allowing movement rather than imposing movement. This comes to a point that I will explore later about the concept of less is more – a concept I use very successfully with the limited number of athletes I take on and coach each year regardless of their goals, aspirations and abilities.

Non-doing as a concept that is super hard to digest. The joy of non-doing though is that nothing else needs to happen for the moment to be complete. For the “go-getting”, goal-orientated person out their, this is like swearing at them but the beauty of the system is that a lifetime of busyness means we miss out on the appreciation of stillness, reflection and the present moment.

Well I think that is enough for the brains to handle this time around. In Part three we will discuss the ideas and demerit of “end-gaining” along with the correct approach to “developing fitness and form”.

Until next time happy running 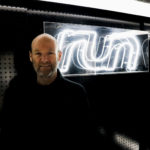 Join Waitlist We will inform you when the product arrives in stock. Please leave your valid email address below.