Learning to let go of the Green Blocks

About the Author: Petrus de Klerk is the man behind the majestic beard and painted nails, you sometimes see cruising the mountains and streets of Cape Town in his Altra skoene. He’s a newbie dad , and shares with us his rollercoaster ride learning to let go.

I recently earned the privilege to add the word “father” to my Instagram Bio. Apart from the shitload of planning that goes with this new title (do I remove “Bean Counter”, “Beard Farmer” or both from my current Bio to stay within the character limit?) there is a significant amount of change that gets thrown into the mix with it.

My partner and I are both definitely fans of the “Let’s actually plan for shit” school of thought and were therefore confident that we would wax this baby thing. We had purchased all the basics (when talking things involving babies the word “basic” is admittedly used very loosely) way in advance, we had re-organised our one bedroom apartment meticulously and we had a veritable bucketload of nappies in different sizes, brands and degree of fanciness. We were ready to do this! We were wrong…

Basically once the nurses at Mediclinic send you on your merry way you are chucked headfirst into a mad adventure. Not an adventure in the regular sense of the word though, more something along the lines of an ultramarathon, but one where you show up with less than the required kit, there are no route markers, your watch battery dies after an hour and the only thing the solitary aid station stocks is stale Simba chippies. And there’s no finish line. Nope. You don’t stop running at some point and have a beer and a sit-down, you keep on going. And then you keep on going some more. If you’re lucky you have a solid support crew that meets you at certain points along the route for some kind of respite but this is often nothing more than a very temporary, very hollow victory.

Everybody (bar about exactly 2 people I’ve spoken to before or since the birth of our little person) makes having a baby sound like the single best and most amazing thing you can ever do. True, it is the greatest thing that has ever happened to us but it is absolutely not easy and by no stretch of the imagination the “plain sailing” I envisioned when we started this journey. Simply put, there is a lot of shit that, if you knew about it beforehand, I am certain would dissuade many couples from getting pregnant in the first place. That’s exactly the problem – people don’t talk about the tough stuff enough. We like to sugar coat things. We like to tell people that things are OK while they’re in fact the furthest thing from it. We like to act strong when we actually just need a good cry and some sleep. We don’t want to ask for help as we’re so convinced that everybody else managed to do “this” so easily.

Between all of the changes we were experiencing I was still stubbornly adamant that I was not going to miss out on any of my planned training and that I would adapt somehow. I was going to make this work! I was going to make sure that my blocks on Training Peaks are all green (signifying workouts performed as planned) every week! I would do this! I was wrong…

Fitting in even an hour-long workout after a full day’s work when you have to somehow bath an infant, feed it and put her to bed as well is damn near impossible. Sure, every now-and-again I managed a sneaky hill repeat session at 4am after an early morning wake-up call for a bottle and nappy change but this also lost its appeal very quickly. At some point the sleep you need trumps everything else and you start sliding. Sure, that 4 hour long run on a Saturday is important in the lead-up to the 100km race you have to run at the end of the year but at the same time that’s 4 hours you could be spending doing something else. Before you know it the green blocks turn orange (for workouts you only performed partially as planned) and then the next thing you have whole weeks coloured red (meaning effectively fokol of your planned workout happened). And then you stop caring. You stop caring about “missing out” on workouts and realise that every moment not spent in the mountain or on the road is a moment more to be spent with your wonderful little human. You realise that yes, my Strava keeps reminding me that I’m 4 million kilometres behind my goal mileage for the year but I’m also one amazing little person richer than I was last year and I wouldn’t change that for all the vertical gain in the effing world. 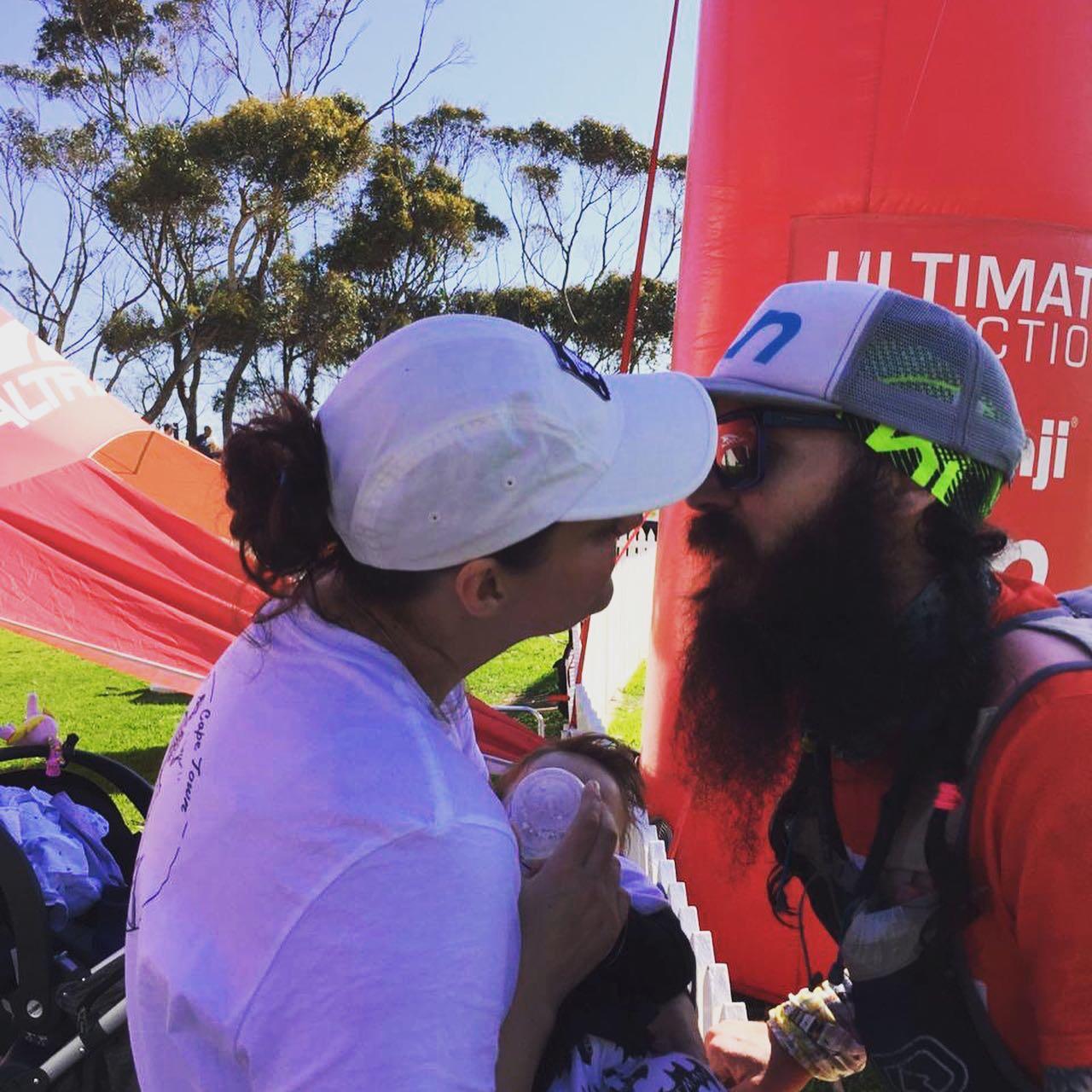 Petrus and the family at the finish line of PUFfeR 2019

Yes, things were very tough at some point but they get progressively easier. Yes, I will probably have a much rougher ride at UTCT this year than I did last year but I’ll also have an additional supporter to help me get to the finish line.

In short, things are still not all maanskyn en rose as we say in Afrikaans. Some days are tougher than others and we still often go through multiple consecutive nights without unbroken sleep. Post-natal depression is a very real thing and affects both moms and dads way more commonly than society lets on. It is still extremely tricky to plan more than an hour or so ahead and often even the best laid plans go up in smoke because the little one says so. But the bad days are getting fewer and further in between and even the worst ones are by far overshadowed by the good ones.

We’re getting there slowly but surely and six months down the line we still don’t know a lot but we know a lot more than we did. Having a baby is the single most rewarding thing that can happen to you but you need to be prepared for shit to get rough because chances are it will. All in though I love our little one more than I could have ever imagined and all of those clichés about parenthood changing your outlook on life and things in general are absolutely true. Things get put into perspective very quickly and I actually can’t remember life before her (about as much as six months ago I wouldn’t have believed that I would ever use that phrase).

For now though I’m happy to focus on getting the three of us to that first birthday (and obligatory cake smash that the cool kids apparently do). And to that finish line at UTCT 100km in a couple of weeks’ time… 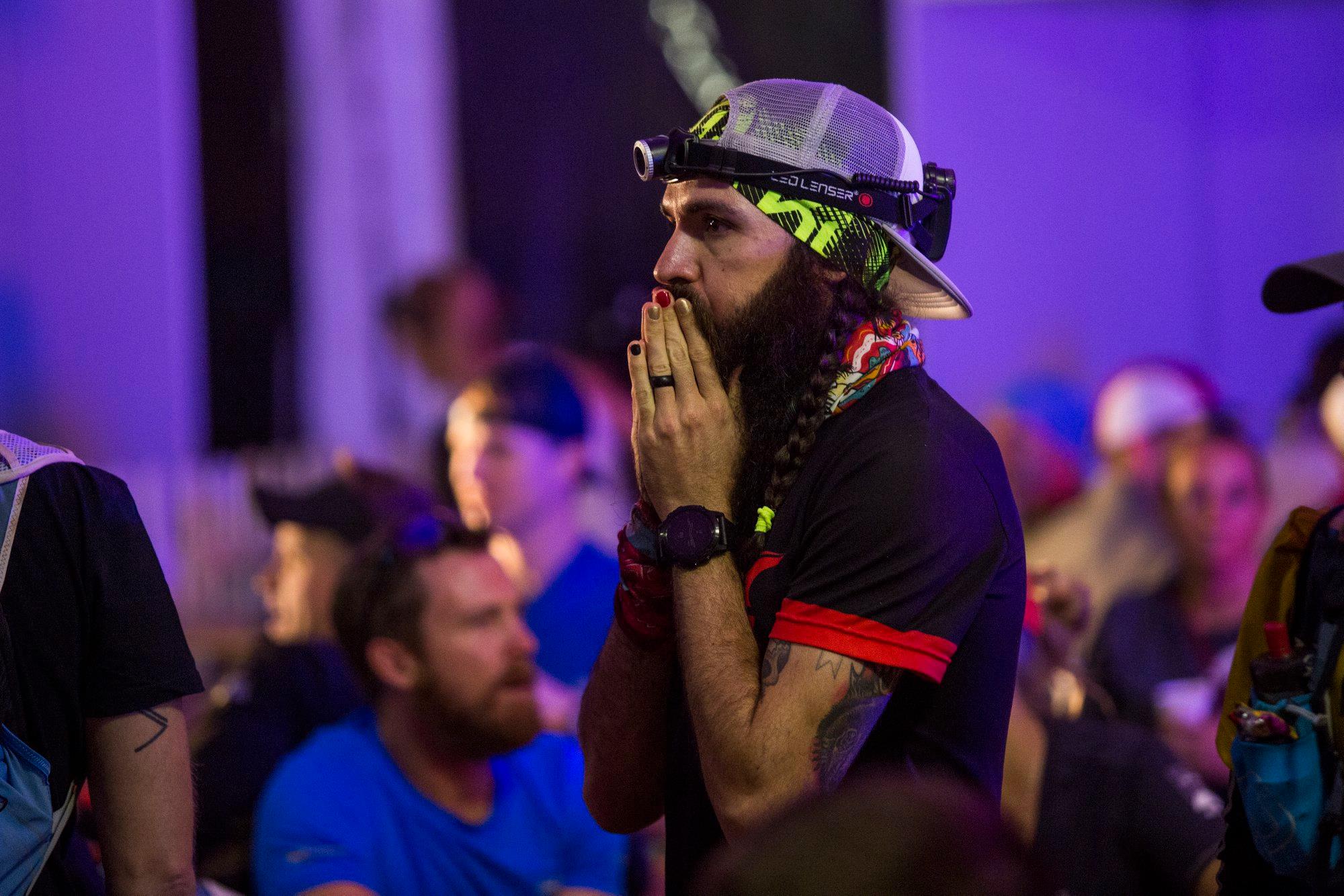