And why men wish they ran like one too

That statement ‘you run like a girl’ has traditionally been associated with negative connotations and used as an insult, insinuating weakness, poor form or lack of skill. More and more however, this is being challenged. Running like a girl (or doing anything like a girl really), is taking on new meaning with strong women showing the men ‘what’s up’ in various races, distances and disciplines. Women’s running is also booming, with a global increase of 25% in female race participation versus just a measly 7% in males.

There is also the suggestion that the gap between men’s and women’s performance decreases as distance increases. VO2max matters less, and rather fuel utilization and toughness of mind play a role. There is evidence of this with outright women winners in events such as Big Red Run and Badwater, although races such as UTMB and Western States were won by men by a fair margin (field size and how stacked the race is obviously is a factor not considered, yes, we know but just roll with it okay?). Regardless, running like a girl is not seen as weakness anymore – rather running like a girl has some bloody great perks. Take a look at some of the reason’s men all over the world (my guess anyway), are wishing they ran like girls too:

Women’s use of glucose and fats

When exercising, glucose and glycogen are your primary fuels to keep you moving in a forward motion. Whilst there is consensus that women have a lower glucose appearance rate, they also have a slower disappearance rate when compared with men during endurance exercise. This means they are better able to conserve their energy sources, which, when running ultra-distances is definitely beneficial (especially if you’re struggling to eat anything to top up those stores).

Women also have a greater fat percentage than men, and it’s been shown that during endurance exercise, fat utilization is an important fuel source. Women are naturally better able to mobilise fat as a fuel source due to their hormones and decreased sympathetic nervous system activation (less flight and fight). So being better at using fat as a fuel will help keep women going as moving time increases.

During pregnancy, a women’s blood volume expands, and more red blood cells are produced, meaning the heart has to pump more oxygen around the body. Carrying around an unborn baby is also basically a form of weight and resistance training. Weight bearing activities are associated with increase bone strength and muscular strength which can be beneficial when you get back to running to protect from bone injuries. On top of the physiological changes, the mental toughness gained during the birth has been said to be harder than any race of any distance you could ever run. 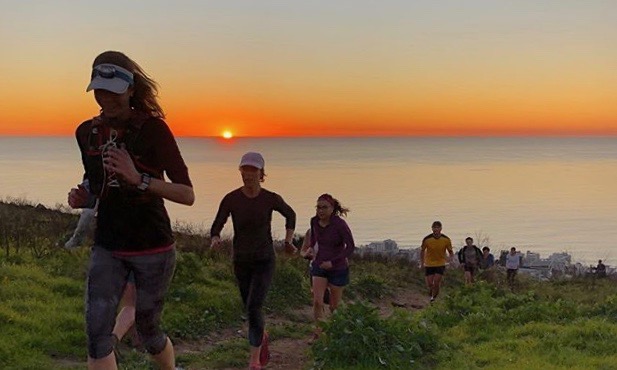 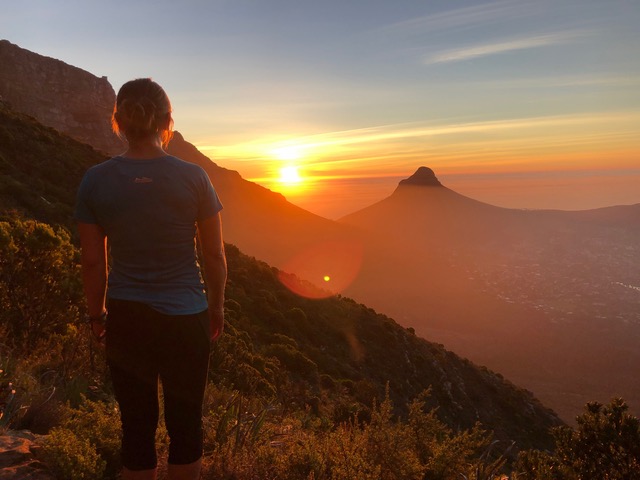 It’s true, most women are more likely to be self-preserving during races. This is helpful, especially over the longer distances. A former endurance runner and professor looked at fatigue in athletes taking part in Ultra-Trail du Mont-Blanc (UTMB), a major ultra-marathon in the Alps. He looked at fatigue in the claves and thighs of the male and female athletes and his results suggested that women are more fatigue-resistant. It could also suggest they are more protective in nature – rather holding back slightly versus blowing up. Either way women win.

Without an inflated ego, women are less likely to bolt out the gates and go belly up before the first half of the race is done. One study looked at pace differences between genders in the first and second half of 14 marathons and what they found was that while both genders pace slowed, women’s pace slowed less in the second half versus men. Being ‘conservative’ initially is rewarded with passing those poor sods who blew their engines too early.

Women are encouraged to run with other people for safety reasons. Men are less obliged due to their ‘macho’ persona and idea of being less at risk. Well, if it means that as women, they get to meet new friends, and create a community of powerful women runners well then sign me up.

So next time you are thrown the comment, ‘You run like a girl’, own it and know that running like a girl is actually quite a badass thing.