How Specific is ‘Women’s Specific’

So, I have been in the technical running industry for about 12 years now and, and one of the biggest changes in footwear development (as well as running apparel and accessories like packs) over the last few years has been that manufacturers have finally started to make gender specific shoes (and products).

I know this sounds ridiculous, for as long as you can remember you have gone into stores and picked out ladies and men’s shoes right? True, but they used to do what was called in the industry ‘shrink them and pink them’ – essentially spend a significant amount of money on designing a shoe, and then, for ladies, they make exactly the same product, just smaller and make them pink.

The biggest issue with this is, that ladies are different to men – as if we didn’t know this already right? While the differences are small, they are still significant. But how are we different? And does it matter when it comes to shoes? Let’s have a slightly closer look at what the changes are we are looking at.

Women’s feet have a different shape to that of men, and realistically, fit is one of the most important factors to take into consideration when looking at buying a running shoe. Women tend to have narrower feet but with higher bridges, while men tend to have longer but flatter feet. Woman also have a bigger variance between forefoot and heel width, so the actual lasting of the shoe is different to accommodate the difference in foot shape – keeping in mind that ill-fitting shoes not only are uncomfortable, but can also produce severe pain and cause long term foot injuries. 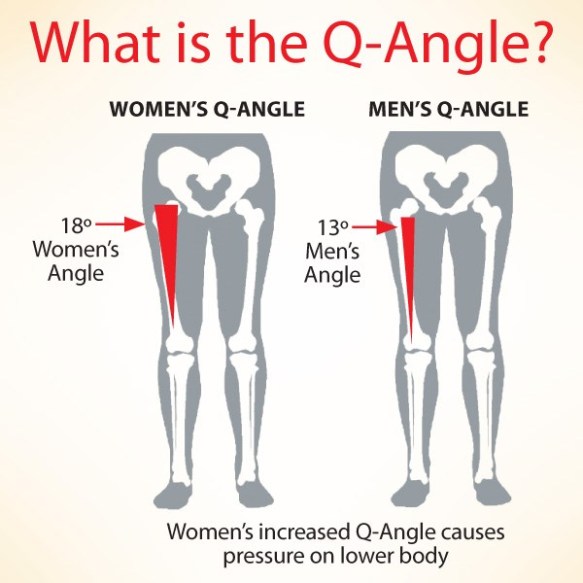 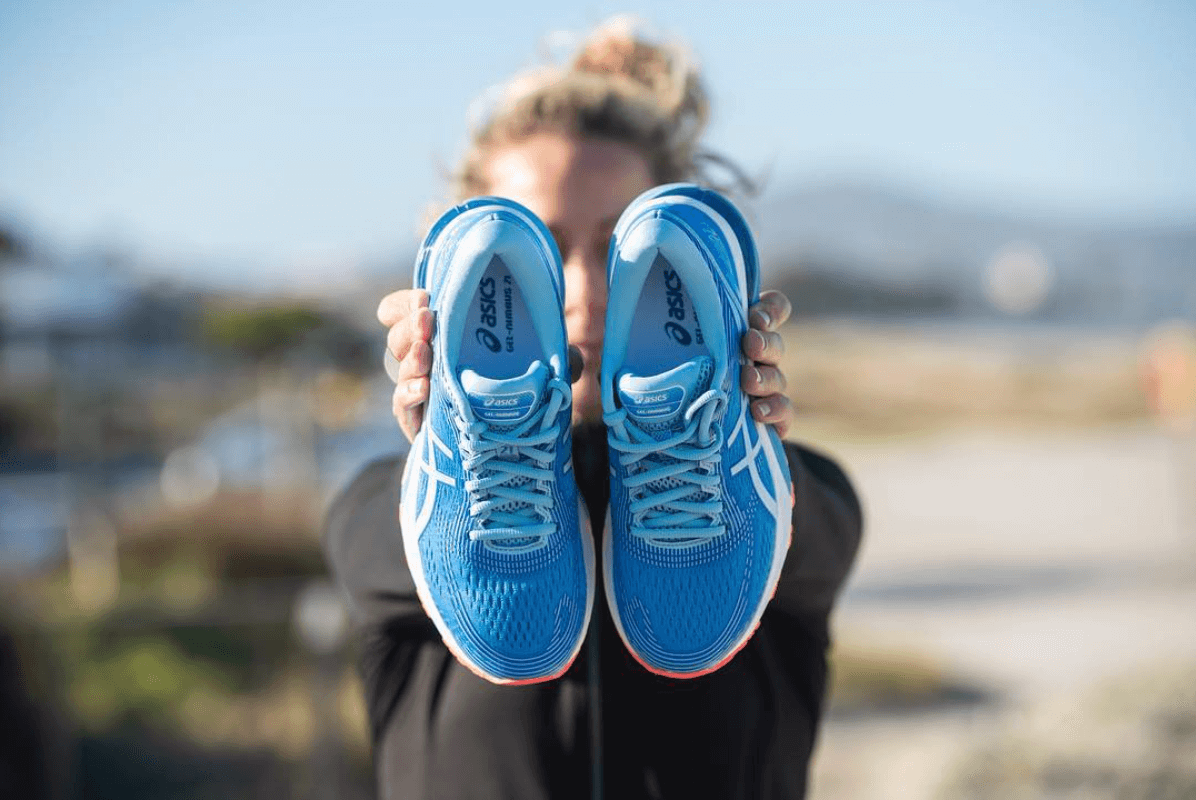 Due to the fact that woman are gifted with the miracle of childbirth, the pelvis of the female is a different shape to that of men. This means that the knee and hip are at a different angle to one another versus that of their male counterparts, this angle is called the Q-Angle. This Q-Angle causes the foot to strike and interact with the ground and shoe differently. Finally many footwear manufactures take this into consideration and engineer their shoes differently between men and ladies to accommodate this.

Woman’s feet are more flexible compared to that of men, and often ladies shoes have ‘gender specific’ cushioning. Having a softer layer closer to the foot in female shoes, with some manufactures going as far as to increase the number of flex groves engineered into the midsole part of the shoes and outer soles. This makes the female shoes softer, more malleable and more pleasant to run in versus that of the men’s models. 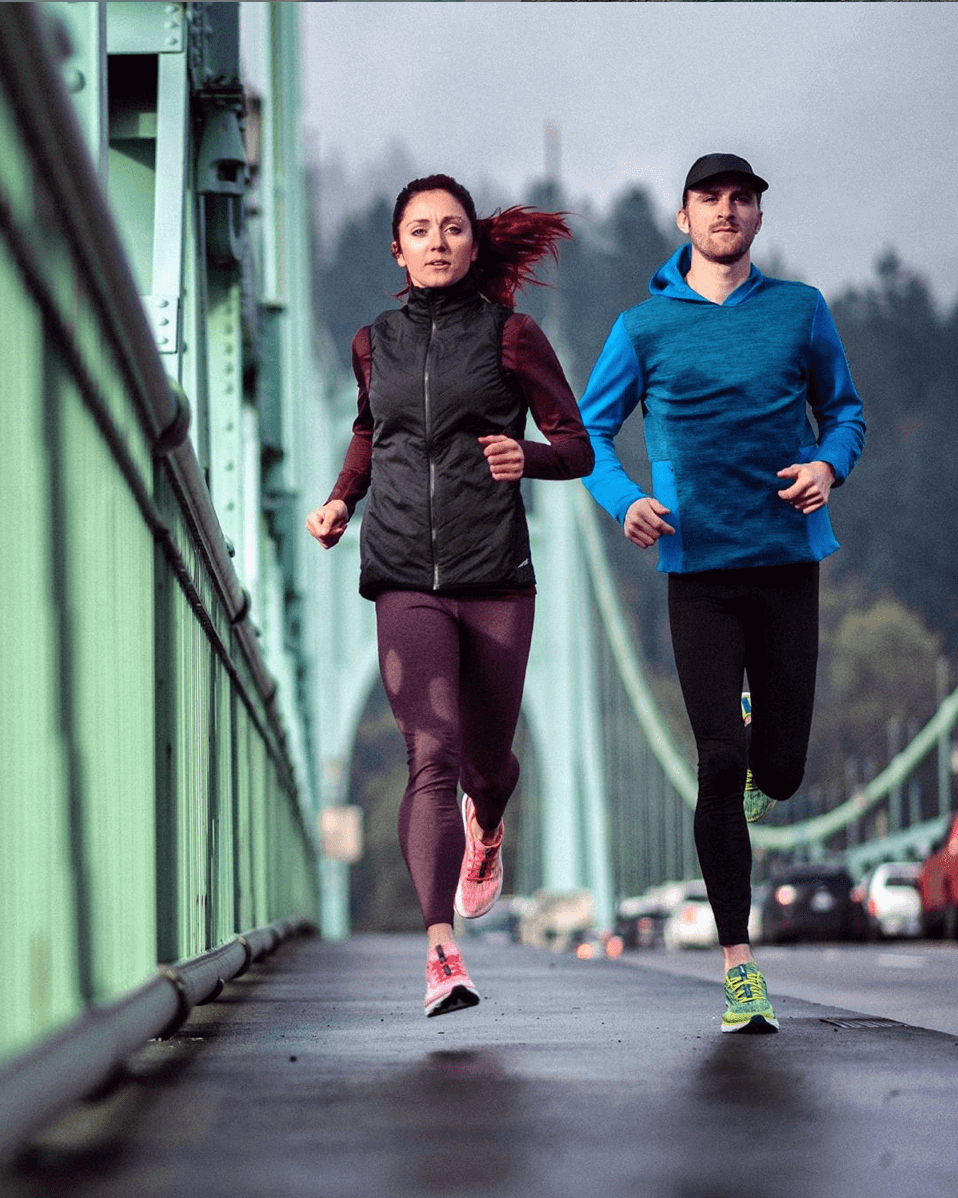 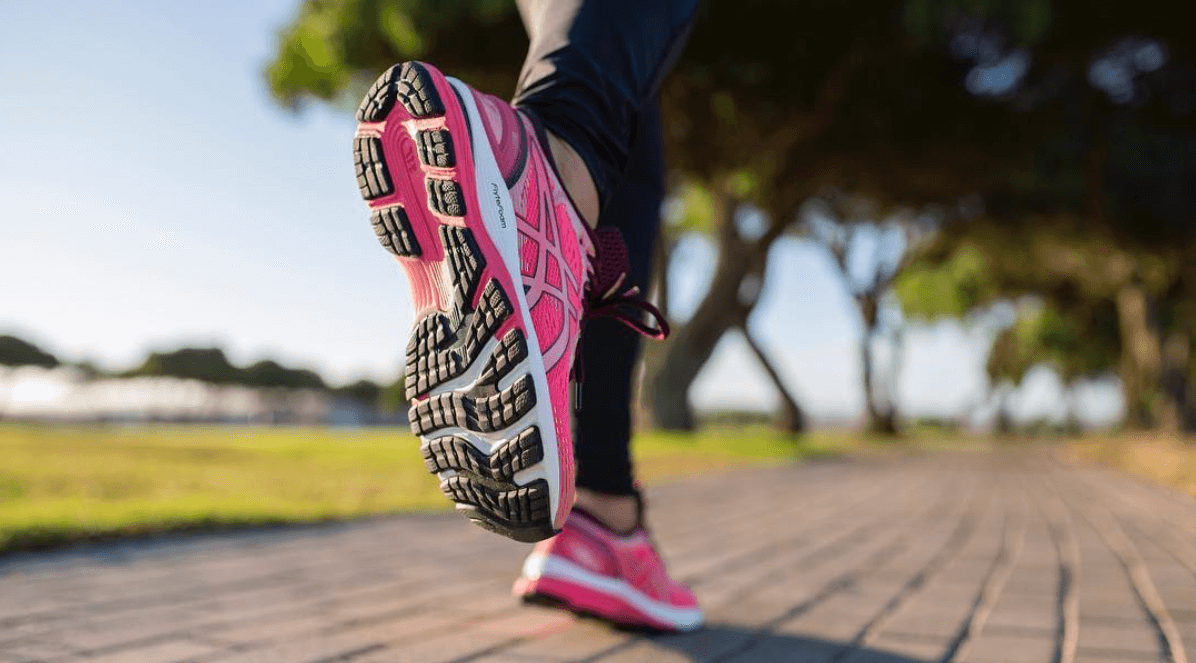 Weight also plays a role, and men tend to have an overall higher mass. The ‘gender specific’ cushioning comes into play again, as the men’s shoes tend to be denser, and have more resilience. The ladies is softer and plusher, which means the shoes are lighter, more plush and more suited to the female form.

Women tend to experience more calf, achilles and plantar fasciitis than men, as a result of tending to spend more time in high heeled shoes. This shortens the calves and achilles and leads to injury. In an attempt to combat this, some brands have a ladies specific heel-to-toe drop (the difference in thickness in the sole from front to back) that is different from men. For example, ASICS on models like Nimbus and Kayano are 10mm drop on men’s, with ladies being a 13mm drop. This – specifically on higher mileage shoes – can reduce the incidence of repetitive strain injuries.

With the continued increase in the number of female runners, not only socially but at races, we are likely to continue to see a rise in the increase of number of female specific features coming through not only in footwear but apparel and accessories as well.