Comrades Marathon. The Ultra Road Marathon that is often considered to be the pinnacle of all running achievements. 88 (sometimes more) tough kilometers run between Pietermaritzburg and Durban and changes direction every year, it is one of the first and oldest ultramarathons in the world.

If you’re reading this you may have entered, or maybe you haven’t and you want to one day, or maybe you don’t want to (but are interested in hearing what the crazy people who have completed one of these incredible races have to say), whatever category you fall into, this will be an interesting and informative read.

As a runner, there is no better way to prepare for this epic event than to learn from the mistakes and hard-learned lessons of those who have run before you. We chatted to international elite endurance runner, Sage Canaday, and some of our local runners to hear what they had to say about how to tackle the day.

Sage Canaday is a Mountain-Ultra-Trail runner for Hoka who is ‘living the dream’ in Boulder, Colorado. He is no novice when it comes to Comrades though, placing 15th overall in the 2015 up race. Heres what he has to say for those first-timers, re-tryers or old-timers.

“Comrades is a very unique and amazing ultra in so many ways (the history, the route, and of course the people!). That being said it is a much, much larger ultra compared to trail-ultras and in the past several years over 20,000 runners will toe the starting line! This means that standing in the starting pen can be quite a cozy endeavour. Be prepared to be squeezed in tight waiting for the singing of the Shosholoza. Take a moment to reflect on all the hard work it took to get you to this place and embrace the strong tradition of this event with all these fellow runners. Because of the relatively large field size be mentally prepared to have runners surrounding you most of the race and take extra care not to trip or get tangled up in another runner’s legs.

Don’t start too quickly! The excitement of the first starting km’s and the crowds may give a lot of adrenaline…but don’t go out too much faster than your goal pace! Save your energy for the hills later on in the second half of the race!
Take hydration and calories in at the aid stations! If you start getting dehydrated or too low on fuel in the middle of the race you will slow drastically in the second half. It is better to take a few extra seconds at the aid stations to make sure you are eating and drinking something consistently. If you are going uphill take a short walk break (or slow your running pace so you can digest your food (and to slow your breathing a bit).

The hills at Comrades are a unique challenge: For the up run, I certainly would suggest taking care to not run too fast on the initial downhills in the first half of the race as it can hurt your climbing legs later on! Likewise, pace yourself conservatively on the long uphill climbs (especially Fields Hill). You want to make sure you can still be moving efficiently much later in the day – and that you have something left for Polly Shorts near the end!”

Stephen Hawkesworth is a local Durban runner who completed his first Comrades marathon in 2018 and is back again to get his back-to-back medal this year. These are some super simple things that he wishes he had done before Comrades. 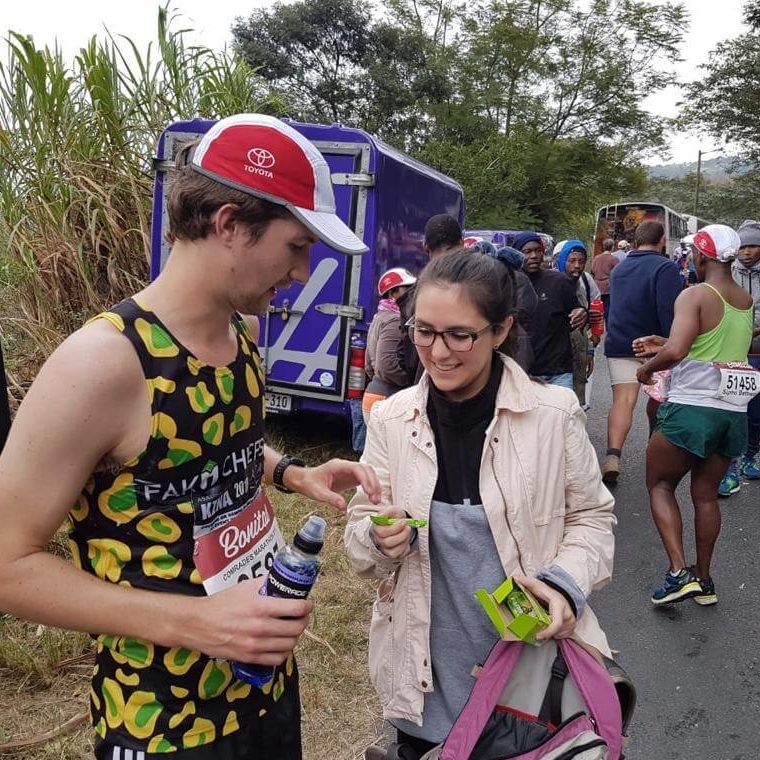 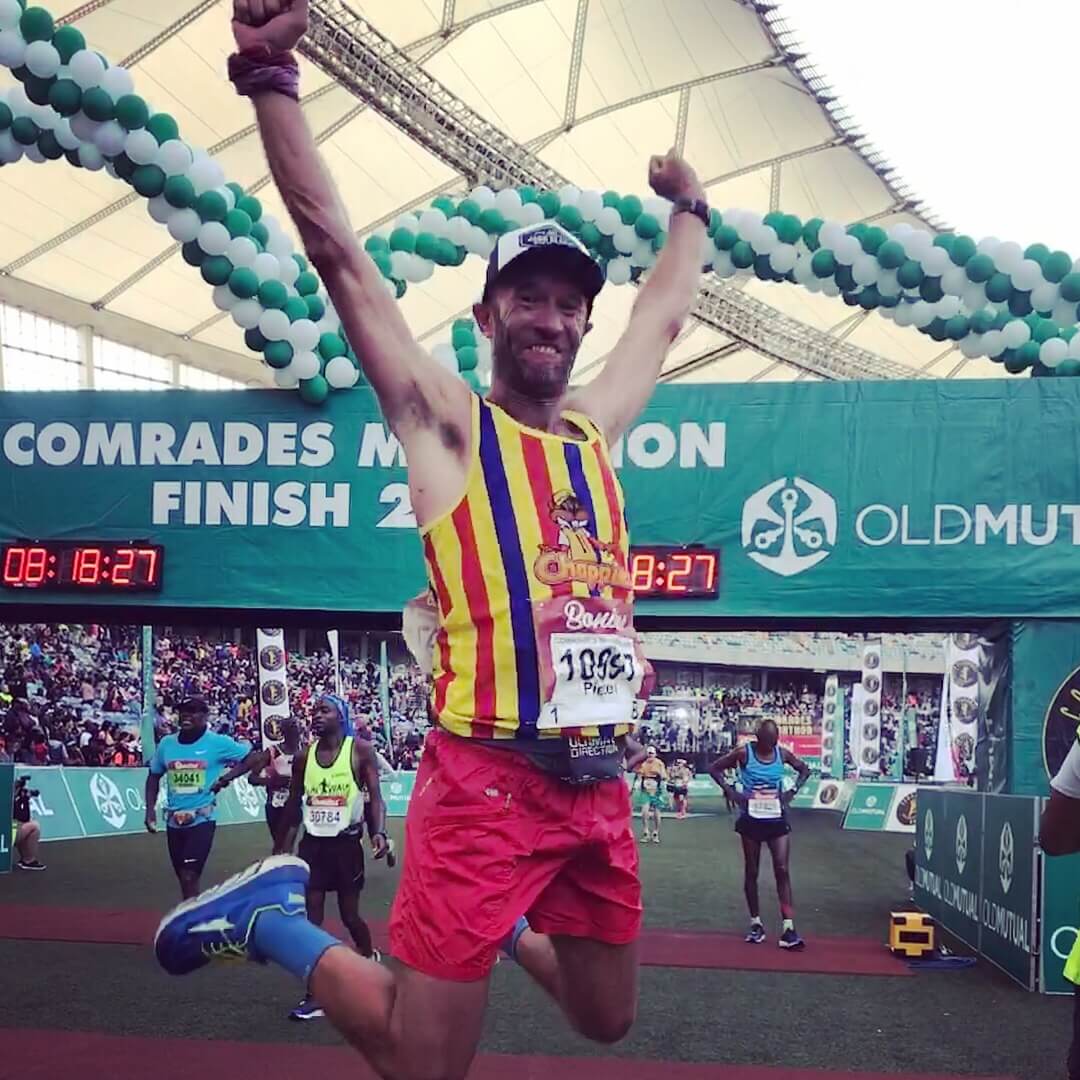 ‘Pete the Heat’ Calitz is an Altra runner who is no novice when it comes to Comrades, having completed two consecutive Comrades marathons in 2017 and 2018. When not clocking the road kilometers training for Comrades, he can be found on the mountain, probably running, maybe cycling, but always donning his trademark button-down tartan shirt. Here’s what Pete has to say about running this epic event:

We here at RUN are all about community and would love to hear from you! Are you running? What are some of your thoughts and/or training tips for those tackling this epic event? Let us and your fellow runners know in the comments below!